Urging for Self-Operating JICT and TPK Koja Terminals, Unions to Take Rally Action for One Month

Titled Save JICT-Koja, the action will take place in front of the office of Ministry of State Owned Companies (BUMN) for one month (beginning today, December 17).

Referring to the audit conclusion by the state auditor (BPK), the union says that such extension contracts are violating the Indonesian laws and regulations.

In addition, the extension contract process was not transparent.

“The process and mechanism was not transparent and there is an indication of abuse of authority. The management of both (JICT and TPK Koja) has never considered the option of self-managing these terminals,” said SPJICT General Secretary M Firmansyah.

Firmansyah said that based on the BPK audit, the state potential loss from these extension contracts reaches more than Rp 6 trillion.

According to Firmansyah, the operation of these Indonesia’s leading export import gateways should be based on the spirit of Indonesia’s economy system as expected by the constitution, not on the liberal economic system.

“Now, the liberal economy system has been playing key role in the operation of terminals in Tanjung Priok, the JICT in particular. The system has created a very bad practice in JICT. The workers have improved their productivity, supporting this terminal to be the best in Asia. But, unfortunately, the management has fired them massively. The management also is continuously running the outsourcing system that actually breaks the law and regulation,” he said.

Hence, the SPJICT is urging the government to cancel the contract extension and to self manage those terminals.

The contract between HPH and Pelindo II in JICT and TPK Koja actually will end next year (2019). 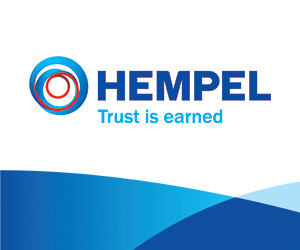 Indonesia Shipping Gazette (ISG) is coming to 23rd anniversary on August 2019. Since its first publish 1996, ISG has been continuously focusing on and intensively covering the information on shipping, ports, logistic, and related industries. The published information varies from analysis articles, tables of vessel schedules, port schedules, as well as cargo volume tabulations, both domestic and oceangoing.

ONE to Start China-Indonesia Direct Service in Early June

Still Enjoying a Revenue Increase in Q1, Hapag-Lloyd Warns a Significant Impact of Covid-19 to Start in Q2

Maersk Enjoyed 23% Earning Increase in Q1, but Worried a Market Decrease in Q2

Import Down until 60%, But GINSI Lauds Customs Service and Import Easiness Policies

Despite Logistics Disruptions Due to Covid-19, Export of Agricultural Commodities Up

How Should Forwarders Keep Customer Trust during This Pandemic

Konecranes Retrofits RTG Cranes at the Port of Boston

Priok Throughput Down 4.2% in Q1, but the Monthly-based Trend Increased

Covid-19 Hits Not Only Oceangoing Shipping, but Also Domestic: INSA

How Do Port Operators Respond the Volume Drop and How Do They Predict the Business in the Near Future?

How Far Are World’s Leading Ports Suffering from Covid-19?

This Year’s Idul Fitri ‘Mudik’ (Exodus) Might Be Banned

Lower Bunker Price Helps Operating Cost, but Not Automatically Indicating a Promising Shipping at All

For an Efficient Services, Oman Shipping and Drydock Merged

Sharp Drop in Import Encouraged a Trade Surplus of US$2.34 Billion in February

Can New Regime Be Able to Tackle Any IPC Burdensome Bottlenecks?

Crews of Foreign Vessels Are Prohibitted to Get Off from Vessels

Supporting the Supply Chain of Raw Material for Industry, BKPM to Simplify Regulations

Issue on Vessel Crew Infected with Covid-19 Is Not True: Indonesia Official

Opportunities and Challenges the Kijing Terminal Will Face

Running for the Second Period to Chair Aptrindo, Gemilang to Focus on Five Issues

Per May 1, It Is Mandatory for Coal Export to Use National Carrier

Maersk to Acquire the US Performance Team Warehousing

Indonesia Export to China Fell by 12.07% in January

Focusing on Cruise, Benoa Port Will Move Container and Cargo Handling to Other Location

Lampung Potential for Logistics Centre of Southern Sumatera, but Calls for Improved Connectivity

Indonesia Bans Import of Livestock from China, Other Products under Evaluation

Maersk Changes to Integrated Container Logistics: How Does It Run the Service in Indonesia

No Ban, but Import from China Tightly Selected

What Made the Indonesia Trade Deficit Narrow Last Year?

Member of THE Alliance, Hapag-Lloyd Shares Slot with Another Alliance of 2M

Domestic Coal Carriers Will Be Benefited from the Increasing Domestic Consumption

Finding Appropriate Time to Kick out ODOL Fleets from the Roads

CMA CGM is Proud To Act

Integrated Port Network: Good Concept, But How to Make It Work

Toll Roads Will Be Connected with Industrial Centers, to Ease the Flow of Logistics

Why Our Trade Balance Is Always Fluctuative

Gateway Still Enjoyed Growth in the Market Slow Down

Kemenhub Says it Will Enforce IMO 2020 Fuel Rules on Schedule

Being Chairman of Aptesindo Again, Roy Rayadi to Focus on Contribution Sharing Deal

Kijing Construction Speed up for Operation Target by Mid 2020

TPKS, A Terminal Where Konecranes Show ARTG for Future Efficiency and Safety

China Imposes Retaliatory Tariffs on $60B Worth of U.S. Goods

In Depth: Digital Standards Will Not Rule Out Customization

In Depth: Nixon: Consolidation in Container Shipping Getting More Challenging

ONE Adds New 14,000 TEU Containership to Its Fleet

IPC TPK Panjang to Procure One QCC Worth Rp120b This Year

Port Authority Expected to Be Indipendent, Directly Responsible to President

What Makes those ‘Big Boys’ Come to Panjang Port

How Does Rupiah Weakening Affect Export/Import

Urging for Self-Operating JICT and TPK Koja Terminals, Unions to Take Rally Action for One Month

Drone for Port’s Safety and Security

IPC TPK Panjang to Procure One QCC Worth Rp120b This Year